Not the start we expected

On a glorious sunny afternoon, four weeks after taking over The Old Town Hall Bed and Breakfast, David decided to do the “Shawl Walk” with Bodger (our cocker spaniel) from Leyburn to Redmire so that he could time the walk to advise our guests.  Just as they approached Redmire a herd of cows decided to take a closer look.  Here’s the front page story 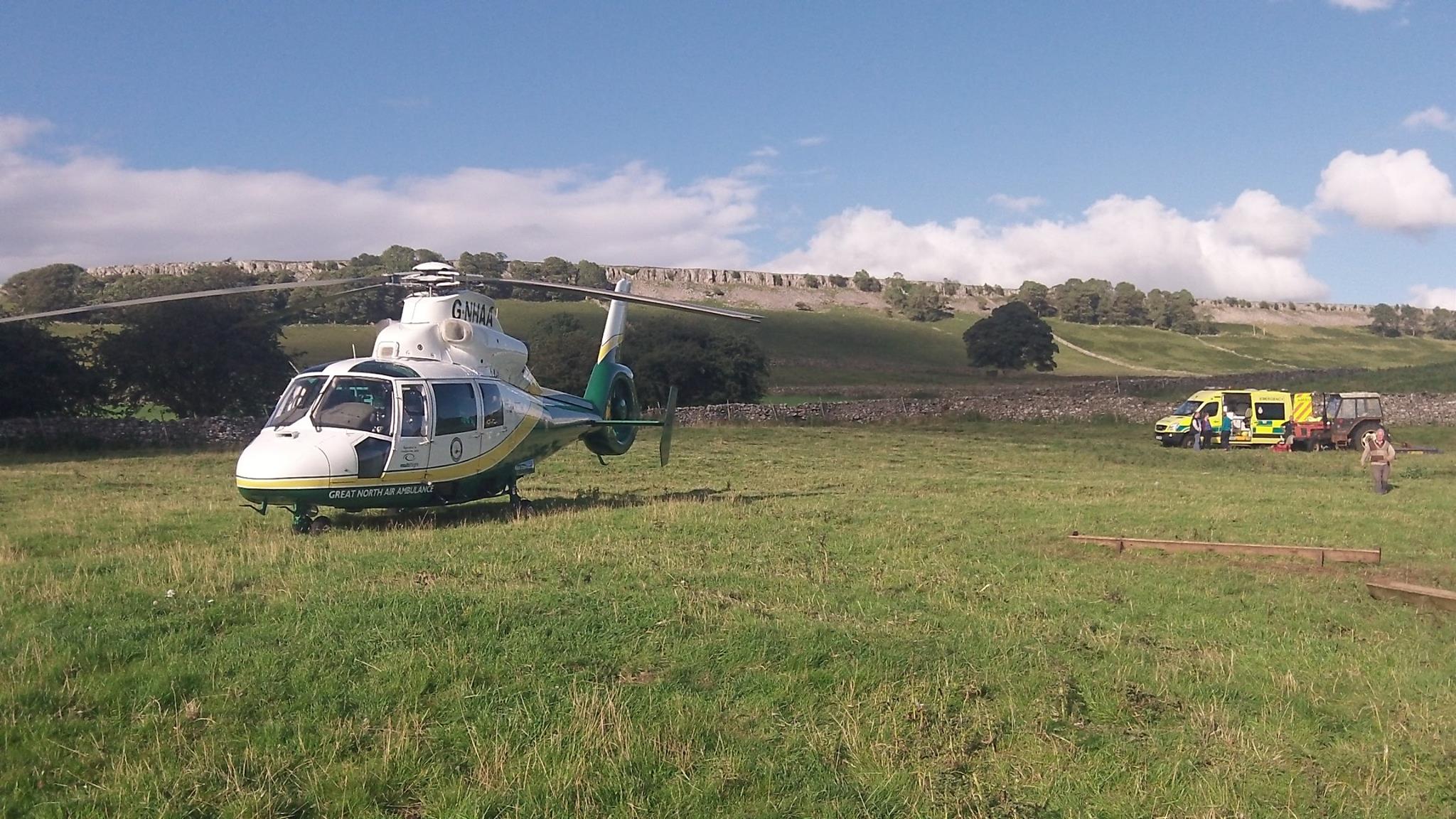 A walker was airlifted to hospital after suffering serious injuries when he was trampled by cows.

A 55-year-old man was with his dog at Redmire, in Wensleydale, yesterday when he was attacked by the animals.

He suffered serious spinal and chest injuries in the incident.

The Great North Air Ambulance took to the air at 5.20pm following a request from Yorkshire Air Ambulance. An air ambulance spokesperson said: “He was treated on scene by our doctor-led trauma team.

“One of our new portable ultrasound scanners was utilised, allowing medics to check for internal injuries in a procedure normally available only in the hospital. The patient was then flown to James Cook University Hospital in Middlesbrough, where he was in a serious but stable condition on arrival.

“The flight took 12 minutes. By road, the journey would normally take longer than an hour.”

David sustained a punctured lung, six broken ribs, a few tips of his spine broken, cuts around his eye and severe bruising.  He was extremely lucky to have survived the incident without more serious injuries and left hospital after six days.  Our sincere thanks go to the staff of the Ambulance Service, Great North Air Ambulance and James Cook Hospital.  (For dog lovers - Bodger was unharmed in the incident.)