About The Old Town Hall

The building was constructed in 1862 primarily as a Drill Hall for training men of the Wensleydale Volunteers from Redmire, Castle Bolton and West Witton. The Town Hall was also used for dances, concerts, wedding receptions and social gatherings. 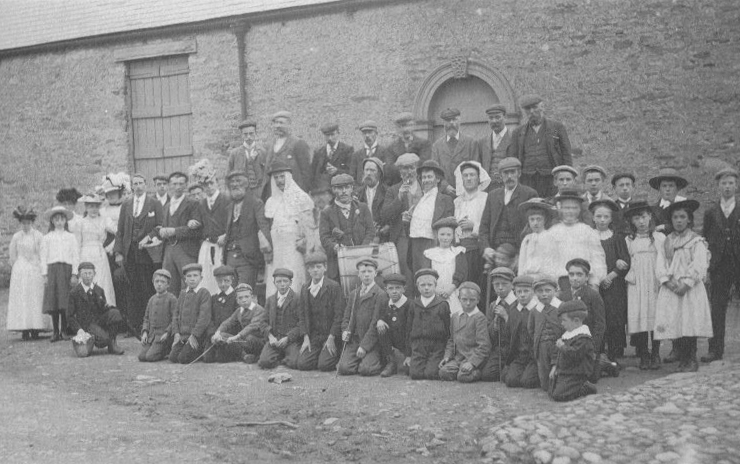 Village gathering in fancy dress outside the Town Hall circa 1900

The hall could comfortable seat 180 people and after a period of time a stage was built at one end with ante-rooms at the other end - one for meetings and one was the Library. Adjoining these two rooms was the Caretaker’s Cottage built specially for the purpose. The Town Hall was closed in the early 1960s.

In 1966 the building was converted into a single storey house with a shop and post office. In 2005 the conversion to a two-storey house was completed and The Old Town Hall Bed and Breakfast was opened. Since then the building has undergone extensive upgrades to provide luxurious accommodation. 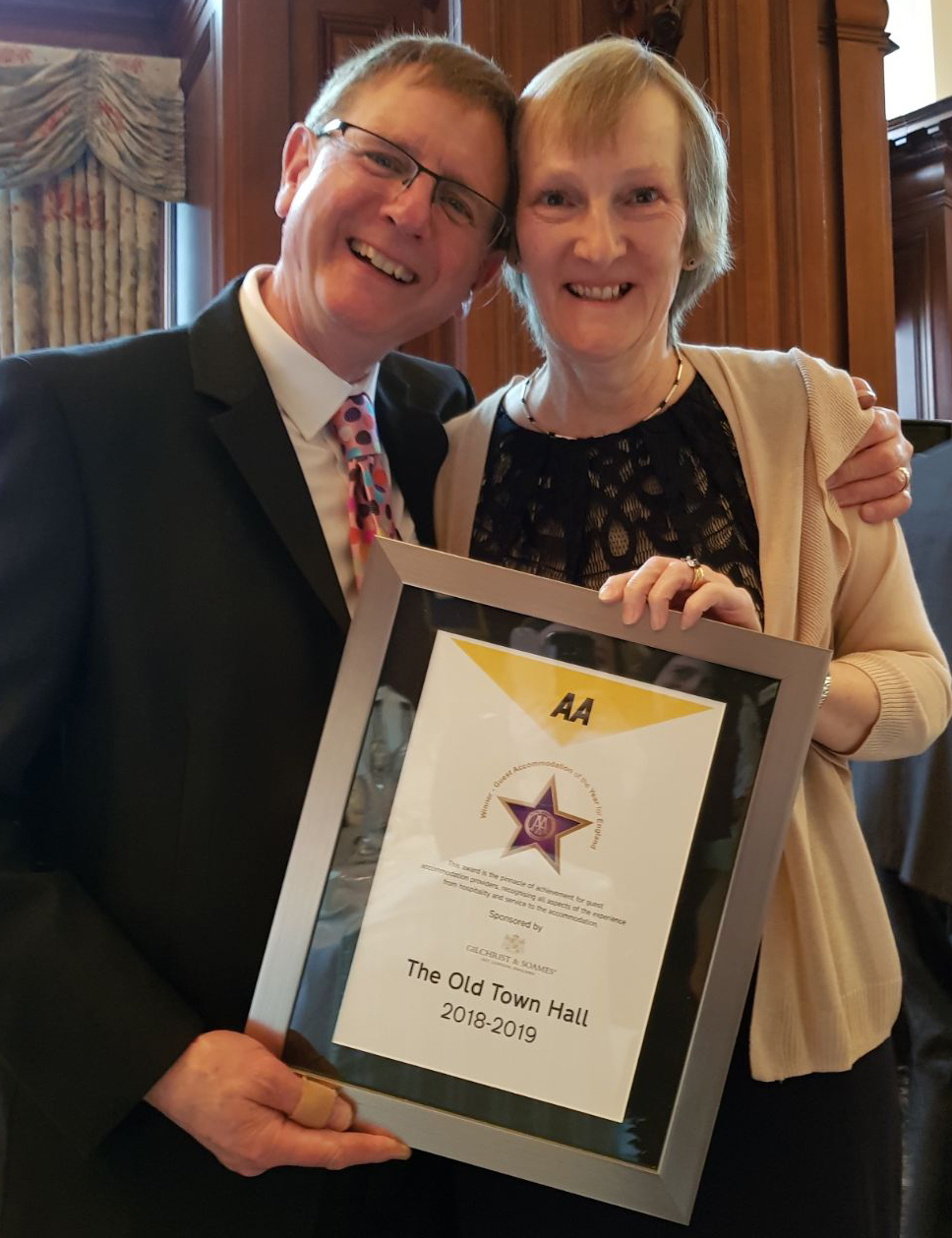 We are often asked how we came to be running The Old Town Hall Bed and Breakfast in North Yorkshire.

David trained as a cabinet maker and after a couple years of working in Devon he moved to York to work for one of the country’s leading ecclesiastical woodworking companies. David had always had a dream of running his own business and in 1986 he started working for himself making fitted and freestanding furniture. He takes extreme care and pride in all his work which has meant over the years he has never had to advertise as word of mouth from satisfied customers has kept him busy. He still does the odd bit wood working mainly in the winter months when the B&B is quieter.  See David's website for examples of his work.

Louise trained as a furniture and interior designer in Newcastle and moved to York in 1983 to work for an Interior Designer. It was here she met David and they married in 1985. In 1986 Louise changed jobs to work for a kitchen manufacturer and during this time changed career into marketing. She studied for a marketing diploma and has worked in education, electronics and mental healthcare.

We have two daughters who have trained in art and design (it’s in their blood!) and they work in London and Sheffield. We also have we two friendly spaniels (old boy "Bodger" and puppy "Dexter").  (They are not allowed in the guest areas).

After the girls left home we made the decision in 2014 to have a completely different change of lifestyle and move to the Yorkshire Dales to run a Bed and Breakfast. After much research and lots of viewings we saw The Old Town Hall in Redmire and knew this was the one. We welcomed our first guests in July 2015 and have not looked back since.

In our spare time (yes we do get some) we enjoy walking and visiting places of interest in the Dales. We make jams and marmalade to sell to help raise money for the Great North Air Ambulance after they rescued David six weeks after moving here.

We are extremely honoured and grateful of the amazing guest reviews and comments we receive. They are important to us because they tell us we’re doing OK. The best part of running a bed and breakfast is that you welcome strangers to your home and they leave as friends.

We look forward to welcoming you.  Book Now